These Moon Shoe are the most progressive. They were owned by Mark Covert. The tongues say Nike and Made In Japan. There is foam in the tongues for support and cushioning. The foam tongues are also featured on the Oregon Waffle, which was the first Nike Waffle that was sold to the public in 1973. The uppers are white and black. There are no midsoles on the shoes (just Waffle Outsoles and Nylon Uppers) so the shoes will not deteriorate. The Waffle tread is aggressive and uniform. The Waffle nubs are longer than the nubs on the Blue Moons and the First Generation Moons. The outsoles are black. 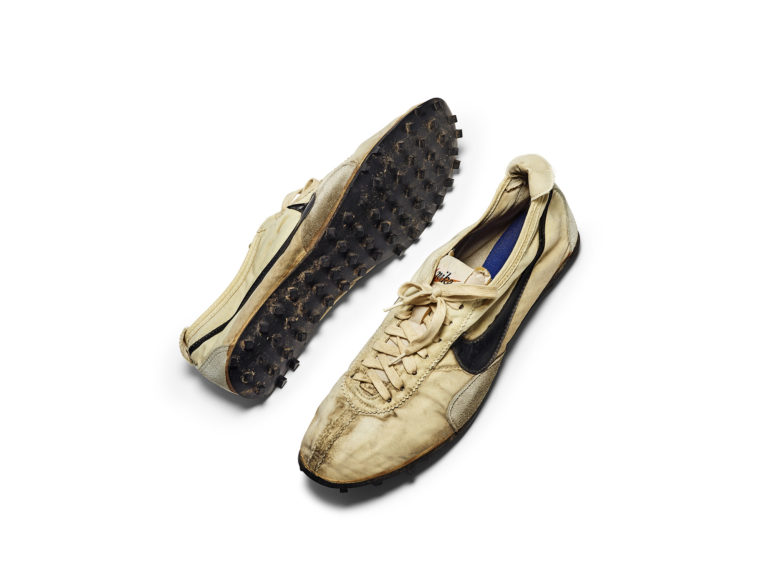 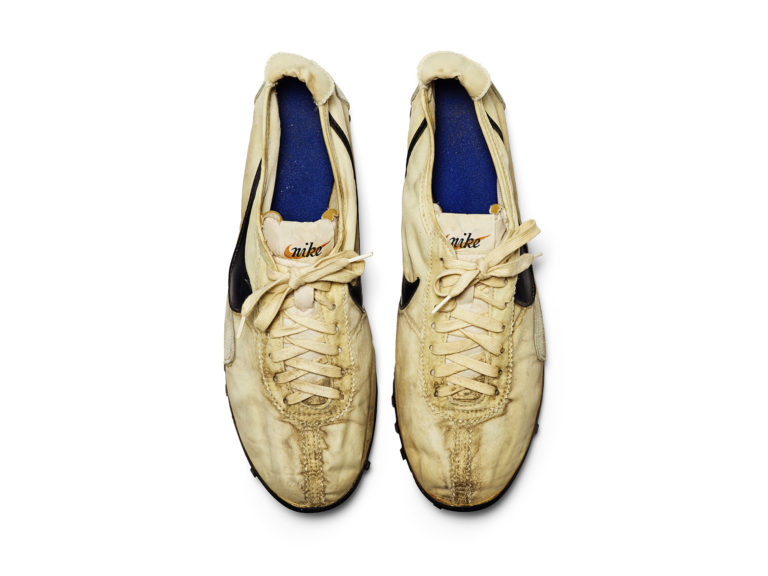 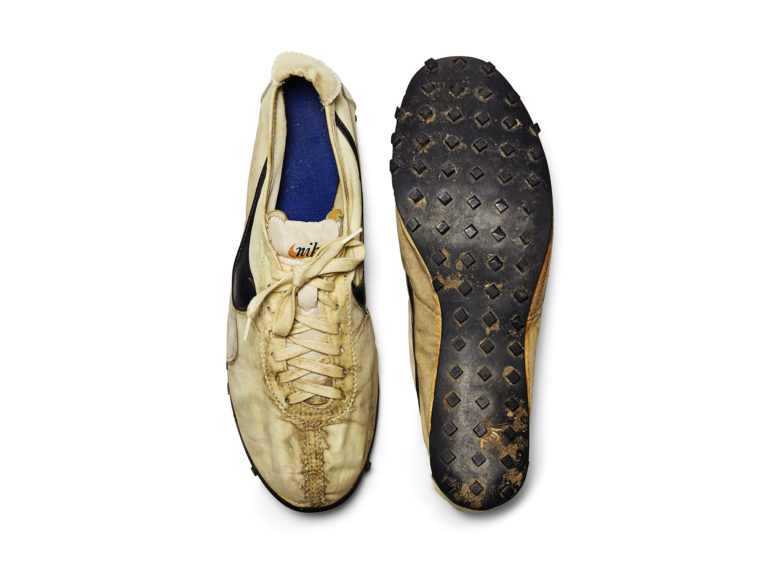 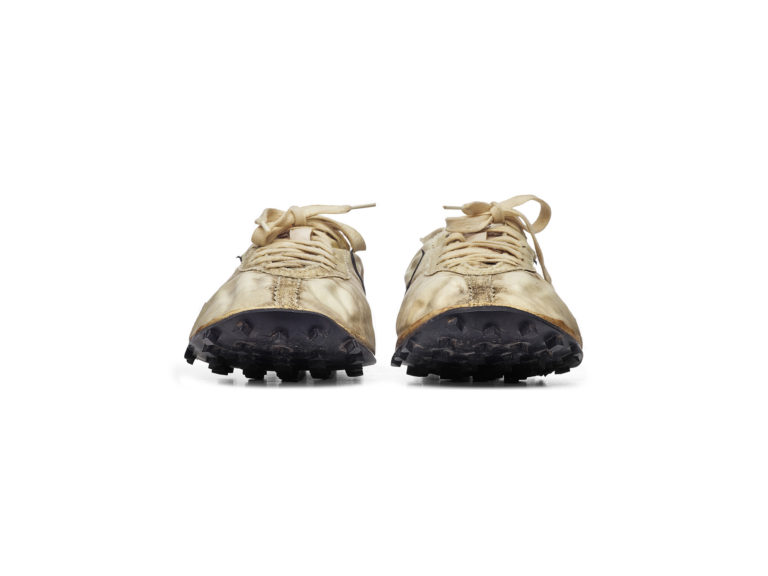 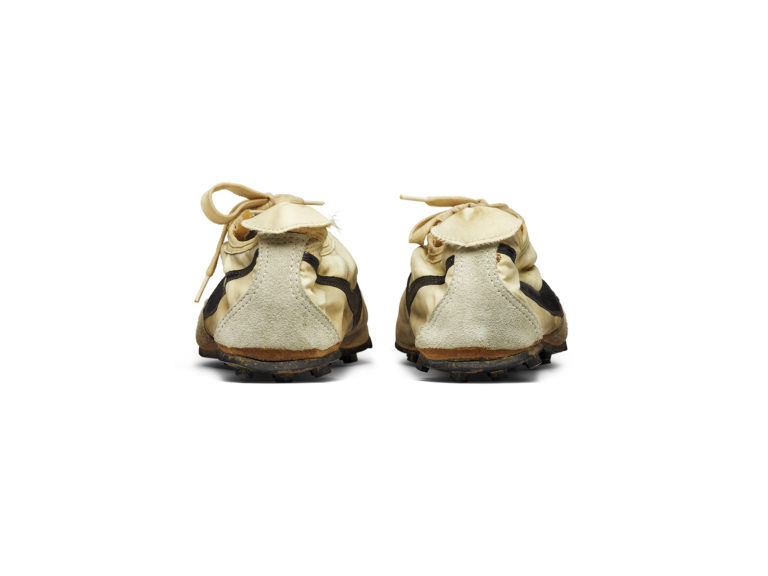 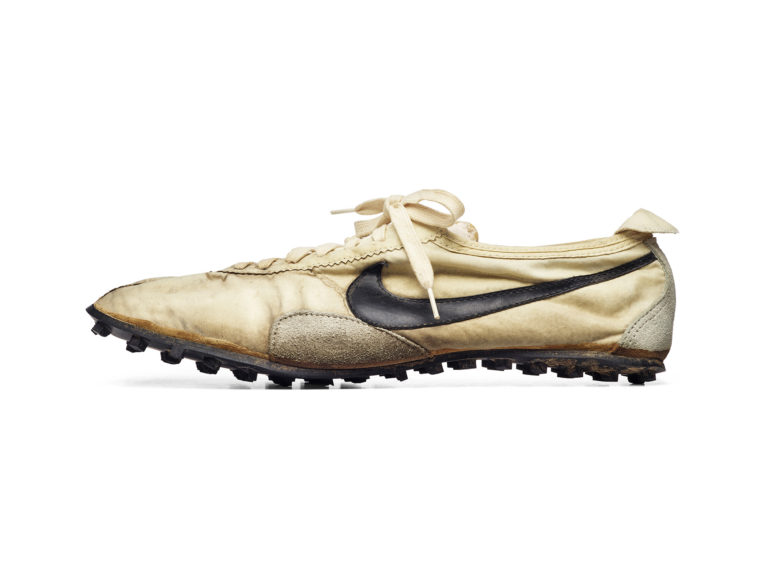 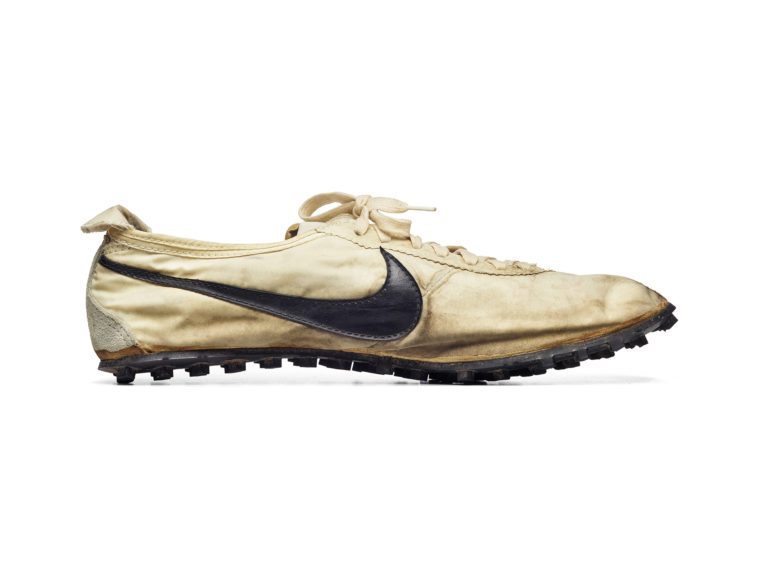 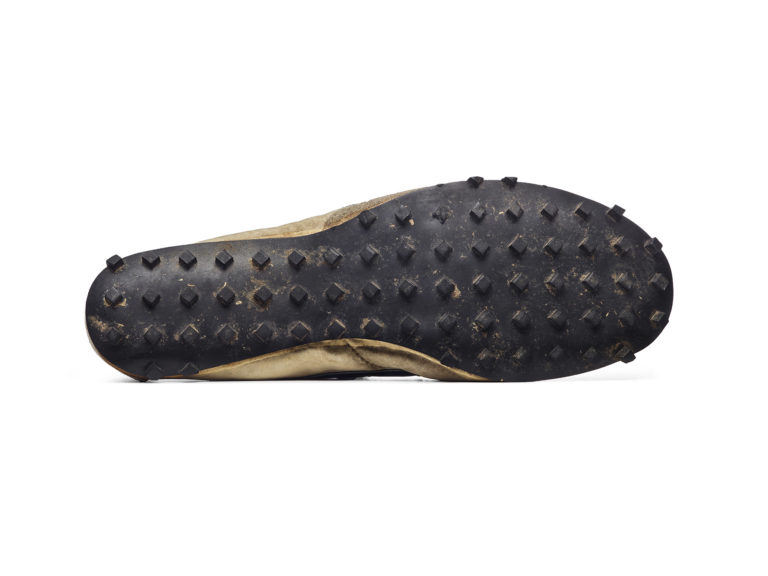 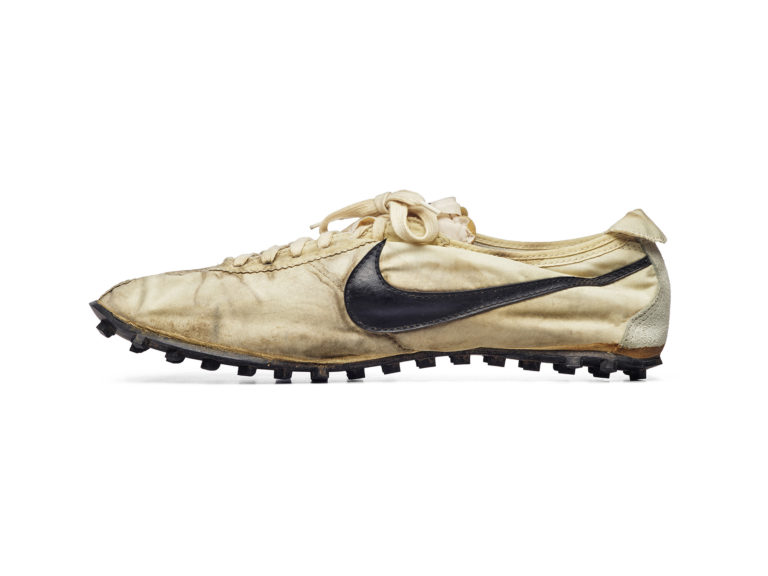 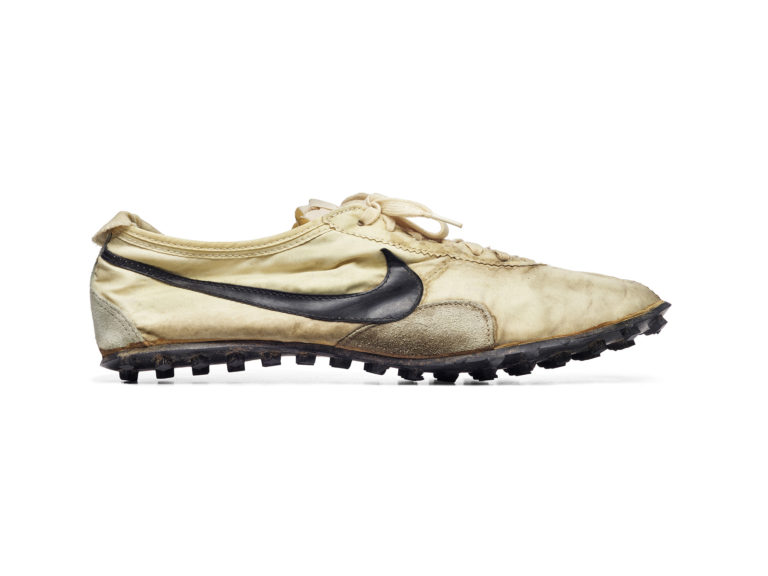 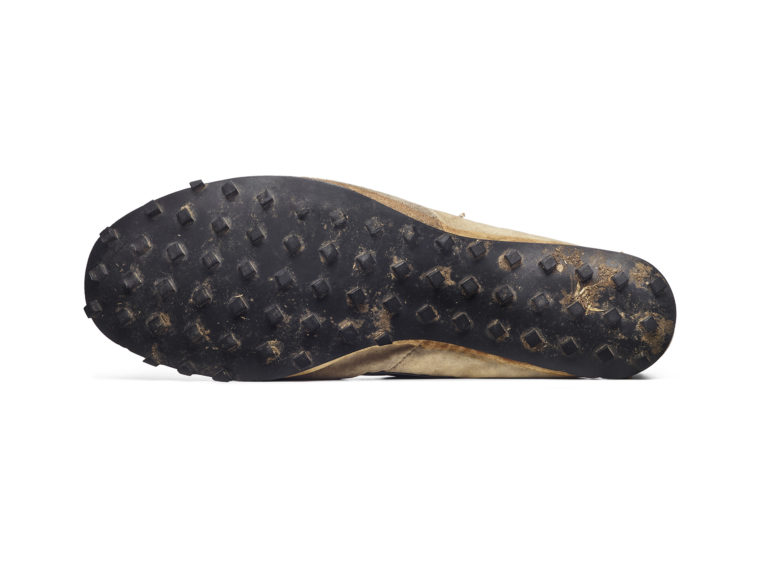